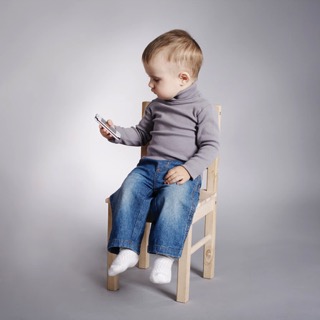 It used to be warnings about cell phone safety were deemed conspiracy theory or quack science. Not anymore — the American Academy of Pediatrics (AAP) now recommends limiting cell phone use for children based on a large government study linking cancer with cell phone radiation. The research also shows links between adult cancers related to cell phone use and newer animal research.

The study found exposure to wireless radiation significantly increased the rates of highly malignant heart and brain cancer in rodents. In other words, cell phones caused cancer in these animals.

The cells affected in the research animals are the same cells in humans that develop into cancers in adult cell phone users.

These results were alarming enough to prompt the AAP to warn parents to limit children’s exposure to cell phones and wireless devices.

These risks are not good for anyone, but especially not for someone with an autoimmune disease such as Hashimoto’s hypothyroidism.

The risks for cell phone cancer damage are believed to be higher for children than adults.

Children have thinner skulls, which makes it easier for cell phone radiation to penetrate and absorb into a child’s brain. Children’s nervous systems are also not fully developed and thus more sensitive to damage.

As a result of this information, the AAP warns adults not to keep cell phones on or near their body and that a child’s exposure should be limited or avoided.

A child of a parent with an autoimmune disease such as Hashimoto’s hypothyroidism may be more genetically susceptible to autoimmunity. It’s important to reduce their risks of exposure to things that can imbalance the immune system.

Sadly, it’s almost impossible to imagine a world without cell phones these days, despite the risks. The increasing amount of toxins in daily life  has contributed to the exploding amounts of autoimmune diseases such as Hashimoto’s hypothyroidism in recent decades.

The AAP suggests the following ideas to reduce cancer risk in both adults and children:

For more advice about Hashimoto’s hypothyroidism and general cancer prevention through nutrition and lifestyle, contact my office.