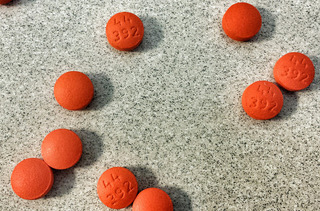 If you complain of mild to moderate pain a doctor will freely prescribe NSAIDs, or non-steroidal anti-inflammatory drugs. However, they are not benign as you think, especially if taken long term and if you have Hashimoto’s hypothyroidism. NSAIDs are linked to numerous health complaints.

NSAIDs have been linked to many health disorders:

The link between NSAID use and heart attack is so well founded the FDA has issued a warning. The risk may begin within a few weeks of taking an NSAID and the longer you take NSAIDs, the higher your risk.

In functional medicine, we look at another sabotaging factor of NSAIDs — leaky gut.

Leaky gut means the lining of the small intestine has become so damaged that it becomes overly porous, allowing undigested food, bacteria, yeast, and other pathogens into the bloodstream from the gut. This triggers inflammation and pain throughout the body, exactly the sort of thing people use NSAIDs to relieve.

Leaky gut has been shown to play a large role in autoimmune diseases such as Hashimoto’s hypothyroidism.

Functional medicine alternatives to NSAIDs when you have Hashimoto’s hypothyroidism

Nobody wants to be pain. It’s understandable to seek relief so you can feel and function better. However, many people are surprised to find their chronic pain diminishes substantially when they adopt functional medicine basics.

Following are a few ways functional medicine can relieve pain, eliminate the need for NSAIDs, and help you better manage your Hashimoto’s hypothyroidism:

Eat an anti-inflammatory diet. This means removing foods that trigger inflammation, which for many people is gluten and dairy. Grains, legumes, eggs, sugar, and nightshades are other common culprits. After following the diet strictly for a period of time you can customize it so it’s more liberal but does not trigger pain.

Take plenty of nutrients that combat inflammation and pain. These include vitamin D (some people have a genetic variance that prevents sufficient vitamin D uptake), other fat-soluble vitamin (A, E, and K), nutrients to boost the primary antioxidant glutathione, and omega 3 fatty acids.

Look for natural remedies for inflammation and pain. There are many alternatives, such as liposomal turmeric and resveratrol. These are also great for taming the inflammation that comes with Hashimoto’s hypothyroidism flares. Ask my office for advice.

Balance blood sugar. Many people have blood sugar that is too high, too low, or a combination of both. Balancing blood sugar is critical to reduce inflammation and pain. These are just a few ways to use functional medicine to address the root causes of inflammation and pain so that you can stop taking NSAIDs. They are also some very basic foundations to managing autoimmune Hashimoto’s hypothyroidism. Ask my office for more advice.