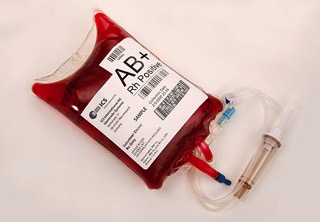 Did you know too much iron is toxic and inflammatory? If you are working to manage Hashimoto’s hypothyroidism, make sure high iron levels aren’t sabotaging your efforts. (Likewise, low iron levels can also make it difficult or impossible to heal.)

Hemochromatosis is a genetic disorder in which the body absorbs too much dietary iron. It is a relatively common condition, affecting approximately a million people in the United States. Symptoms typically include joint pain, chronic fatigue, heart flutters, and abdominal pain. Untreated hemochromatosis increases the risk of diabetes, arthritis, liver inflammation (cirrhosis), sexual dysfunction, and other diseases such as Hashimoto’s hypothyroidism.

Psychological symptoms may include depression, anxiety, nervous tics, and obsessive compulsive disorder. Iron accumulation in the basal ganglia of the brain can interfere significantly with neurological functioning, leading to movement disorders and/or dementia.

Because symptoms vary so much and the disorder is associated with differing conditions, hemochromatosis often goes undiagnosed. If hemochromatosis is suspected, a series of three blood tests known collectively as the Iron Panel confirm diagnosis. If you are having trouble managing the inflammation associated with Hashimoto’s, it is helpful to be screened for and rule out this condition.

Once hemochromatosis has been identified, it can be addressed in two ways. The medical treatment for hemochromatosis is phlebotomy, which means periodically drawing blood from the body. This helps normalize the body’s iron levels and can relieve many, though not all, hemochromatosis symptoms.

The other way to alleviate symptoms and reduce the effects of hemochromatosis on Hashimoto’s hypothyroidism is through diet — avoiding certain foods and supplements, while favoring others.

Don’t take iron supplements or multivitamins that contain iron. Even people who have not been diagnosed with hemochromatosis should be cautious of iron supplements (many different factors besides iron deficiency cause anemia, find the root cause for your anemia before taking iron).

Certain medical conditions, such as restless leg syndrome, are associated with iron deficiency, and iron supplements may be prescribed or recommended for these conditions. However, anyone should have their iron levels checked first before taking supplements.

Stay away from vitamin C supplements and orange juice, as vitamin C increases iron absorption. (It is generally okay, however, to eat whole foods that contain vitamin C.)

Avoid or at least minimize alcohol consumption. Alcohol compromises liver function, the organ most vulnerable to too much iron.

Stay away from shellfish and raw fish as they may contain infectious bacteria that people with hemochromatosis are particularly vulnerable to.

Avoid or minimize red meat consumption. Red meat contains a form of iron that the body absorbs most easily.

Following this steps may help you create a more successful protocol to manage Hashimoto’s hypothyroidism.

Essentially, there are two types of foods that a person with hemochromatosis should eat plenty of.

The first category is foods that inhibit iron absorption, such as:

(Note: If you have Hashimoto’s, you may be sensitive to some of these foods and should avoid them.)

The second category is foods that contain iron, but in a form difficult to absorb. Nearly all vegetables, fruits, whole grains, nuts, and beans are in this category. Many of them contain oxalates as well, which reduce iron absorption.

If you are going to occasionally consume some foods that have easily absorbed iron, such as meat or sweets, combine them with foods that block iron absorption.

A hemochromatosis diet need not necessarily be overly strict. Much of it will depend on an individual’s level of iron overload, as revealed by lab tests.

Ask my office for more information on hemochromatosis and whether it may be hindering your Hashimoto’s hypothyroidism protocol.